Disability, Sexuality and the Legalization of Prostitution 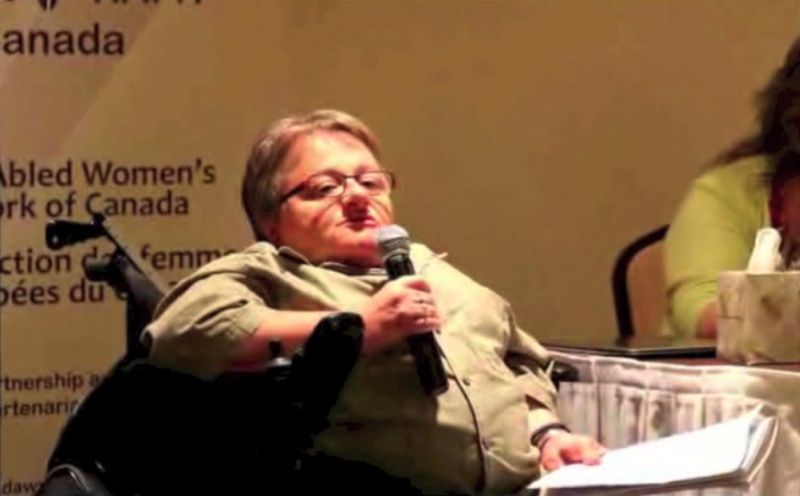 July 21, 2014 (Montreal) Since the Supreme Court of Canada ruling in the Bedford case struck down some of Canadas prostitution laws on December 20, 2013, various assertions have been made in favour of the complete decriminalization of prostitution.

However there is no data to support this as a reason for the legalization of prostitution, says Bonnie Brayton, National Executive Director of the DisAbled Womens Network / Reseau daction des femmes handicapées (DAWN-RAFH) Canada. First of all, it is an ableist argument, and secondly, it re-enforces a sexist notion of male dominance, that men should have the sexual right to access the female body.

Fran Odette, co-author of The Ultimate Guide to Sex and Disability, notes that the pre-occupation with people with disabilities as recipients of paid sex disregards the reality that millions of Canadian women and men with disabilities engage in healthy, normal sexual activity every day.

DAWN-RAFH Canada is also concerned that the socio-economic exclusion of people with disabilities are more likely to put them at risk for exploitation along with, and as sex workers, who may experience exploitation by those who purchase sex and by those who exploit sex workers.

Based on these facts, and due to ableist attitudes that reflect narrow definitions of desirability and desire, we can assume that a higher than average number of sex workers are also women with disabilities, many of whom may not self-identify, Brayton contends. However, there is no existing research to confirm this, Odette notes, as data collection of this nature has not been undertaken in Canada or elsewhere.

DAWN-RAFH Canada supports legislation that will place sex work and individuals who engage in sex work, in control of both their physical and moral person, and reduces the risk of harm or violence in carrying out their work and would criminalize anyone who seeks to harm or exploit them.

DAWN-RAFH Canada is a national, feminist, cross-disability organization whose mission is to end the poverty, isolation, discrimination and violence experienced by Canadian women with disabilities and Deaf women.