About About us Our Mission and Vision Our Approach Our Logo Our Team Our Partners Our Donors Our Funders National Advisory Committee to end violence against women with disabilities and Deaf women HERstory: Reflecting on 35 years of service Hummingbird Award 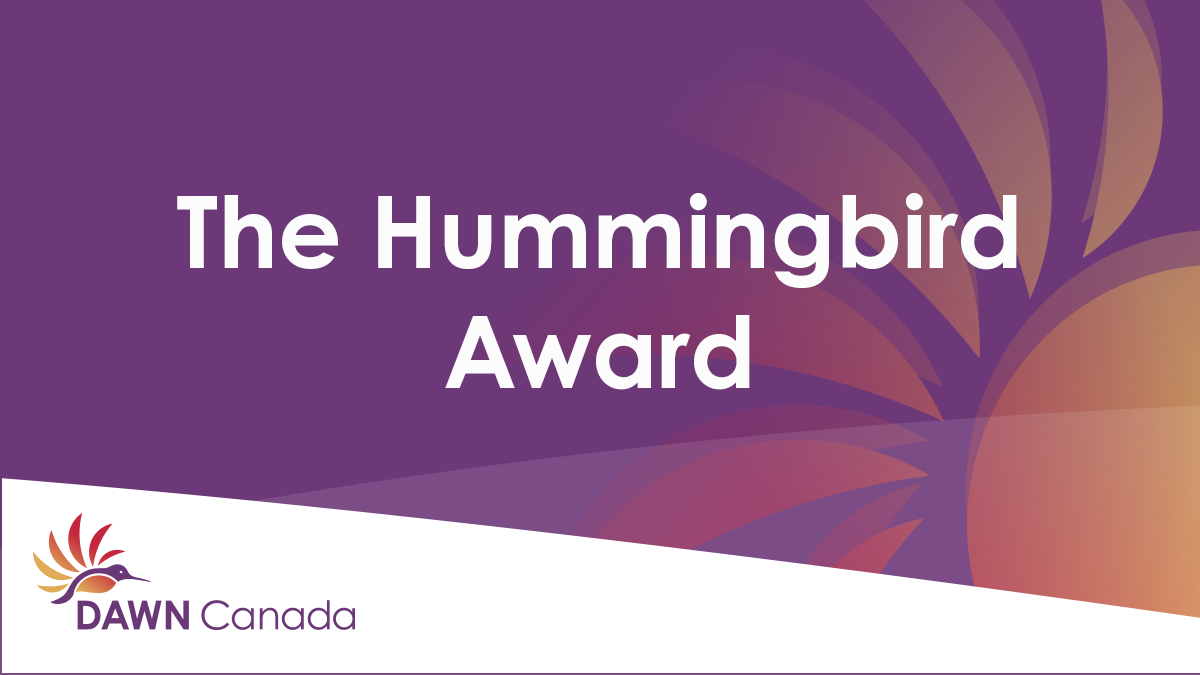 The Hummingbird Award honours major contributions to the advancement of women and girls with disabilities and inspires sustained effort to this cause.

The DisAbled Women's Network of Canada is proud to announce the launch of our Hummingbird Award.

We are launching the Hummingbird Awards to recognize the hard work that has begun and must continue.  Recipients are women we recognize for their major contributions in advancing the rights and improving the lives of disabled and/or Deaf women, girls, and gender minorities.

Recipients of the 2021 Hummingbird Awards

Vicky Smallman is the National Director of the Human Rights Department for the Canadian Labour Congress (CLC). A long-time activist on gender equality and human rights issues, Vicky spent more than a decade in the academic labour movement, working primarily with contract academic staff, before joining the CLC in 2010. She leads a team responsible for the labour movement’s policy, advocacy and campaign work on women’s and human rights, anti-racism, sexual orientation, gender identity and expression, Indigenous and disability justice.

Vicky has served on the boards of directors of a number of national and Ottawa organizations, including Equal Voice, Child Care Now, and the Somerset West Community Health Centre. She currently sits on the federal Minister for Women and Gender Equality’s Advisory Council on the Strategy to Prevent and Address Gender-Based Violence, and is a Community Research Associate at Western University’s Centre for Research and Education on Violence against Women and Children.

She has researched and written about academic labour issues, activism and women in Canadian politics. 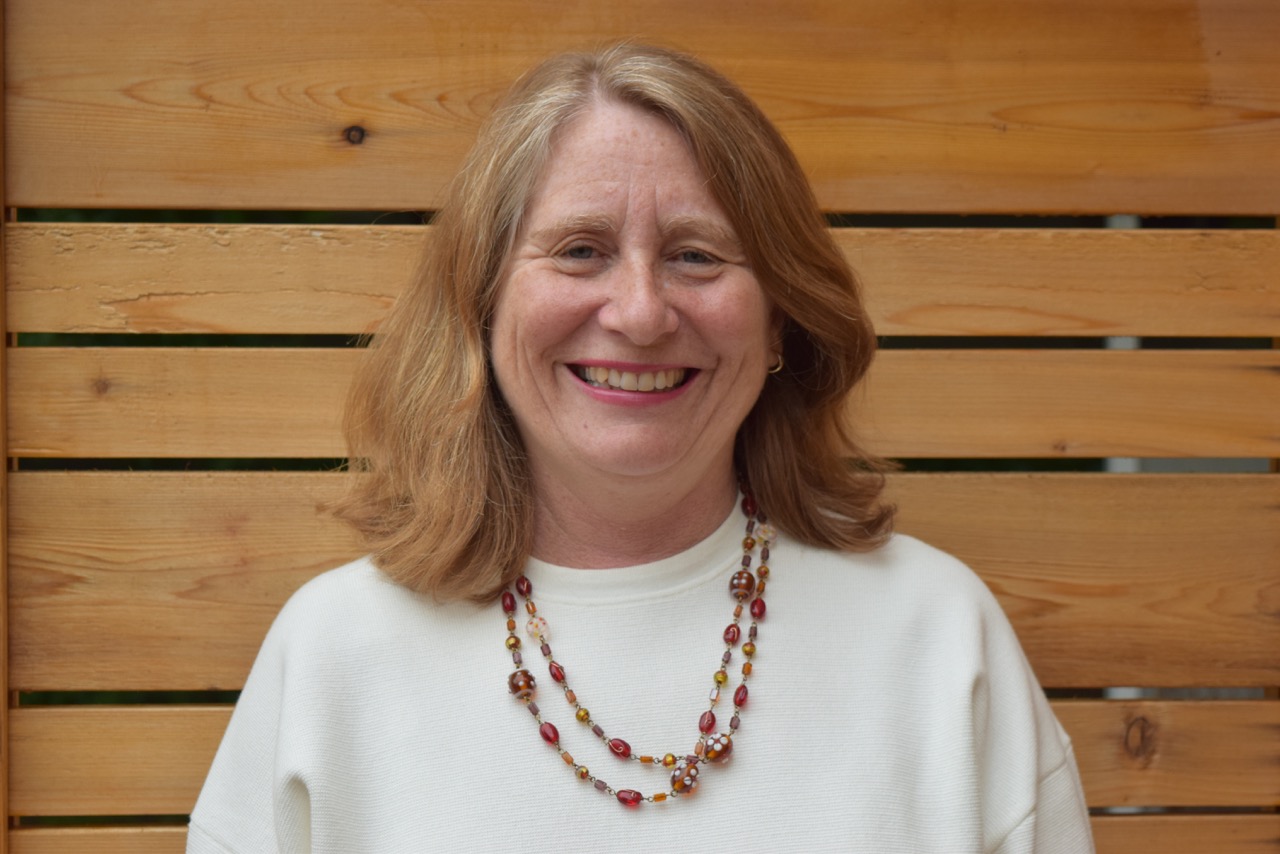 Lise Martin is the founding Executive Director of Women’s Shelters Canada, an organization that provides a unified voice for systemic change to end violence against women while providing leadership for collaboration and knowledge exchange among shelters and transition houses across the country. Lise is a member of the Advisory Council for the federal government’s Gender-Based Strategy. Prior to joining WSC, she was the Executive Director of Women’s World 2011, an international feminist conference that hosted more than 2,000 participants from 92 countries in Ottawa in July 2011.?For many years Lise was with the Canadian Research Institute for the Advancement of Women (CRIAW), first as a Research Officer and then as Executive Director. Lise is also a founding member of FAFIA, the Canadian Feminist Alliance for International Action. Finally, Lise is the proud mother of three sons!

Women and Gender Equality Canada works to advance equality with respect to sex, sexual orientation, and gender identity or expression through the inclusion of people of all genders, including women, in Canada’s economic, social, and political life.

LEAF is a well-established and dedicated advocate for gender equality, demonstrating tangible results, year after year.

LEAF focuses on litigation, law reform, and public education.  In particular, we seek to advance gender equality by challenging laws, policies, and practices that discriminate against equality guarantees enshrined in the Canadian Charter of Rights and Freedoms, most notably sections 15 and 28.

Since 1985, LEAF has intervened in over 100 cases that have advanced equality in Canada. Its cases have resulted in landmark victories preventing violence against women and gender diverse people, eliminating discrimination in the workplace, allowing access to reproductive freedoms, and providing better maternity benefits, better spousal support, and the right to pay equity. Charter rights, in general, and section 15, in particular, have been tested, and strengthened, through the advocacy work of LEAF.

Recipients of the 2020 Hummingbird Awards 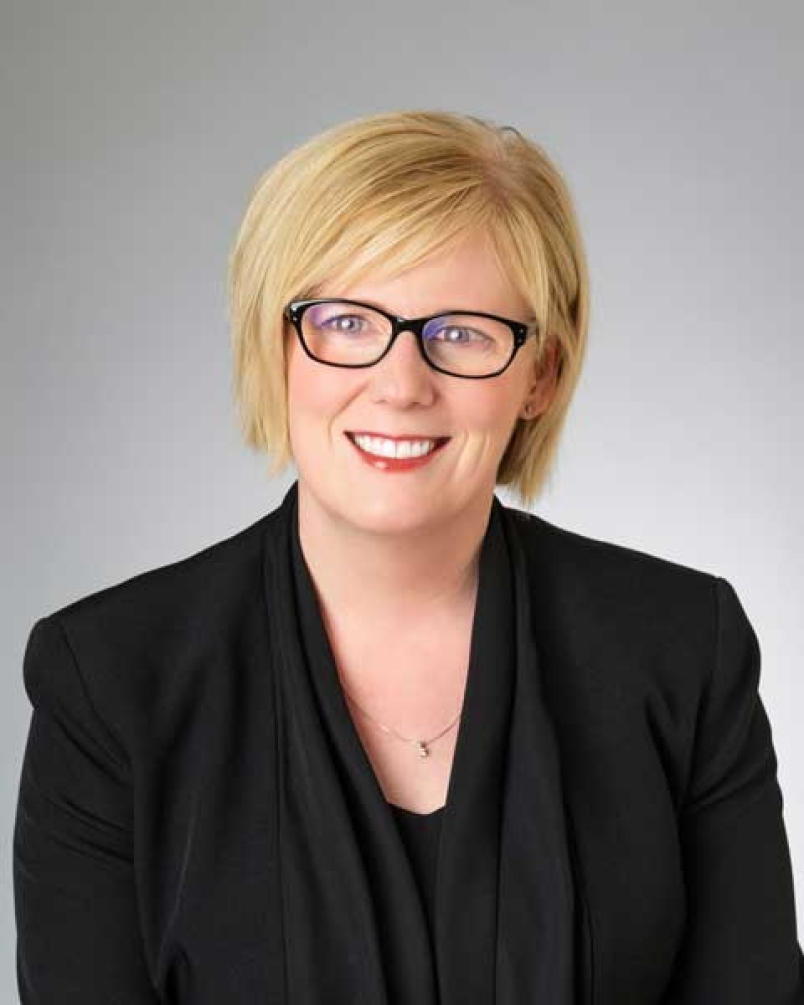 The Honourable Carla Qualtrough was first elected as the Member of Parliament for Delta in 2015.

Committed to equity and inclusion, Minister Qualtrough has practiced human rights law at the federal and provincial levels. She chaired the Minister’s Council on Employment and Accessibility in British Columbia, and was an adjudicator with the Workers’ Compensation Appeals Tribunal. Minister Qualtrough has been visually impaired since birth.

Passionate about the power of sport and physical activity to change lives, Minister Qualtrough has volunteered locally, nationally, and internationally, including with the International Paralympic Committee and for the Toronto 2015 Pan and Parapan American Games. She has been President of the Canadian Paralympic Committee and Chair of the Sport Dispute Resolution Centre of Canada. She was also on the Board of the Canadian Centre for Ethics in Sport, and was Vice-Chair of the Delta Gymnastics Society. 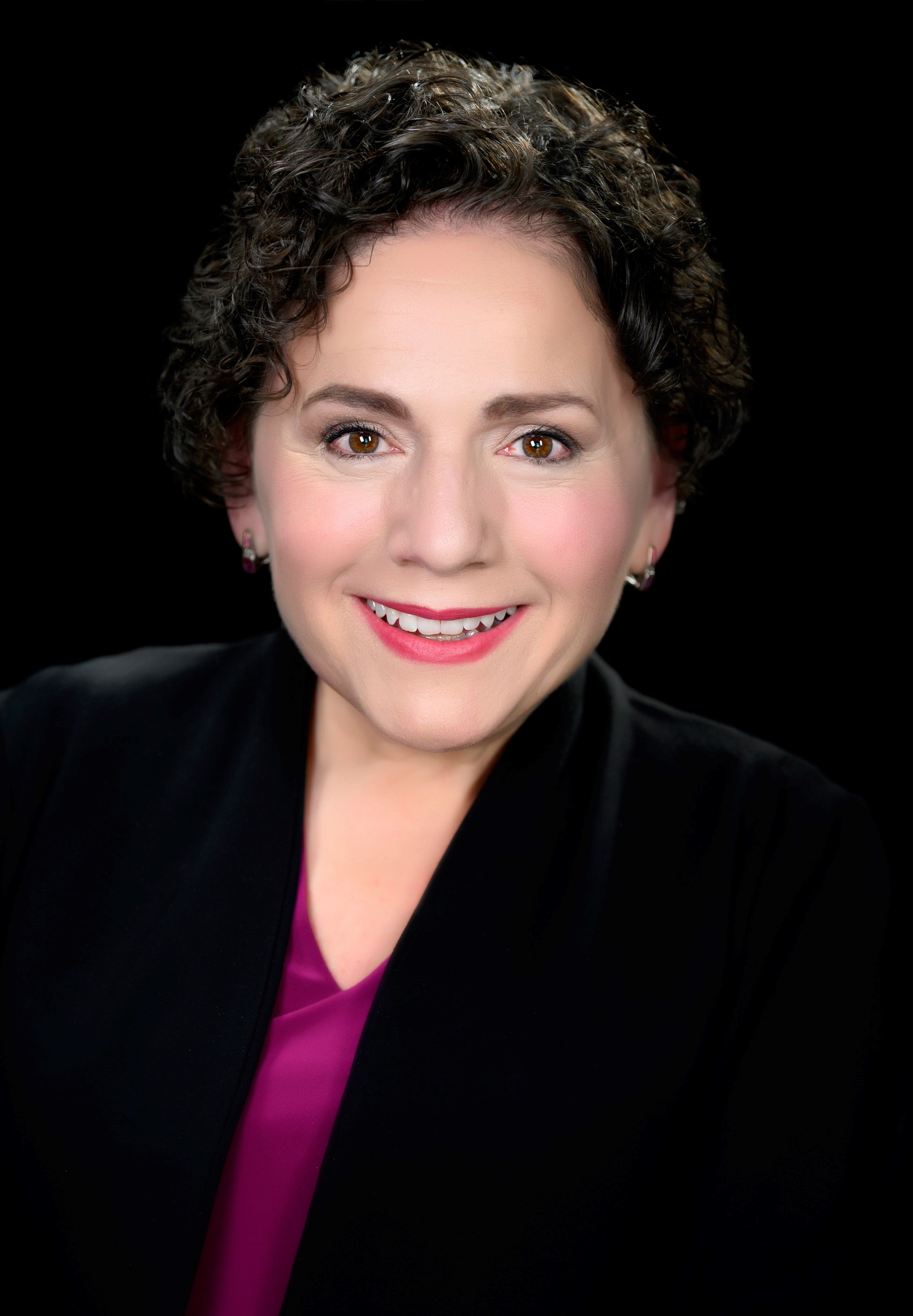 Ms. Laroche has over 25 years experience in public policy, program design and delivery, communications, strategic planning and corporate management, having served in a variety of federal government departments including Communications Canada, Canadian Heritage, the Canada Information Office, the Privy Council Office, TBS and Infrastructure Canada where most recently, she served as Associate Deputy Minister of Infrastructure and Communities.

She began her public service career as a communications officer in Transport Canada. She was appointed as an Assistant Deputy Minister in 2000 and, in 2004, she joined the Privy Council Office to develop the Government of Canada's New Deal for Cities. In 2009, she was appointed Assistant Deputy Minister, Executive Policies and Talent Management, OCHRO.

Ms. Laroche is the Deputy Minister Champion for Federal Employees with Disabilities. She is an alumna of Carleton University and the past Chair of the Board of Muscular Dystrophy Canada.

President & CEO, The Canadian Council on Rehabilitation and Work – CCRW

Maureen has been the President & CEO of CCRW since 2012. CCRW is the only national organization with the sole vision of equitable and meaningful employment for people with disabilities, in operation for over 40 years. Under Maureen’s leadership, CCRW has seen an increase in direct program service throughout Canada, as well as a more transparent, streamlining of understanding the business case of hiring a person with a disability. Maureen provides insight to employer engagement through CCRW best practices and proven results.

Maureen has been very active in the cross-disability sector, currently focusing on employment issues. She has been involved with numerous committees and groups that increase awareness of and access for the disability sector and the Deaf community, including involvement with Civil Society on the UN Convention of Rights for Persons with Disabilities (CRPD) as the lead for employment for persons with disabilities – specifically Article 27; leadership with the Conference on Work and Disability in Canada; co-development and leadership of the pan-Canadian Strategy on Disability and Work; and as a Board member on the Accessibility Standards Canada. Maureen was appointed to the COVID-19 Disability Advisory Group (CDAG) during the COVID-19 pandemic and remains on the Minister Disability Advisory Group (MDAG).

Maureen started her career in the Deaf community and is fluent in American Sign Language (ASL). Maureen lives in Thornhill with her two sons and her partner, Mike.